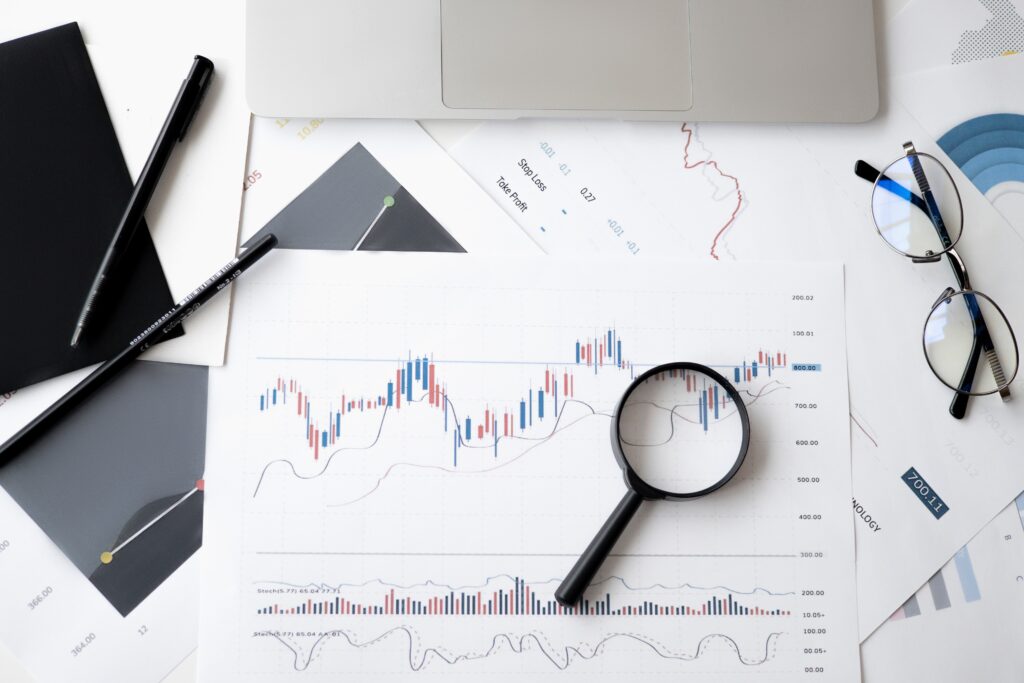 Inflation continues to pressure American consumers and business operators, and after a quick review of the numbers it looks as if it’ll only get worse before it gets better. Here are some facts…

The Consumer Price Index (CPI) measures pricing for a basket of goods to determine inflation. CPI has averaged 2% growth (inflation) for more than 20 years before all this Covid nonsense began in 2020. One year later, in 2021, CPI posted a stiff 5% increase in average prices – and then added another 5% so far this year (2022), just two months in.

Inflation is strong – and building…

The Purchaser Price Index (PPI) gauges price increases at the producer level, and needless to say, serves as an indicator to future consumer prices (because higher costs to produce generally lead to higher retail prices for consumers). After averaging less than 2% for more than 20 years, PPI spiked to a 10% increase (inflation) in 2021 – and then added another 10% thru February 2022. (See chart below.)

PPI is accelerating much faster and steeper than CPI which suggests inflation will continue to persist, and rise.

So what has caused this level of inflationary discomfort?

The answer to that question is of great political debate today, but remove the politics and it is plain to see.

The purpose of this blog is to shed light on inflation and the policies that produce it. Hopefully enough Americans will join the chorus to demand change. But first things first…

Inflation is a monetary condition measured in annualized terms of percentage that reflect to what extent dollars became less valuable than they were one year ago. As an example, a 7% inflation rate means prices have risen by that amount in one year’s time, or put another way, it takes 7% more dollars today to purchase the same basket of goods as it did last year. Inflation is the general rise in prices.

There is only one cause for painful inflation – an improper balance between the growth in money and economic activity, where the imbalance creates the condition where too many dollars are chasing too few goods, which forces broad-based prices to rise. That’s the one and only condition that creates inflationary agony.

And the only way to reverse it is to put an end to the policies that ignite it.

Who is Responsible for Inflation?

Because inflation is a monetary condition, a stinging level of it is the Fed’s (short for Federal Reserve) failure first and foremost – because their one and only mission should be a stable American Dollar. Their actions prove otherwise, however. But more on that in a bit.

Radical fiscal policies as legislated by Congress and ratified by the American President can also produce crisis-level inflation (i.e. the Community Reinvestment Act during the housing-boom). In such an instance a responsible Federal Reserve would alert the American people about destructive policies so we can demand change to protect our currency. But that never happens.

The Federal Reserve and U.S. central government work in unison to expand and embolden the establishment’s influence and power structure. Every power-grab is inspired by some sort of crisis where government must save the day with emergency measures that essentially take control over entire industries and strip healthy portions of individual freedoms.

Congress does this through legislative action that provides enough monetary incentive to achieve their objective, whatever the amount, because “their guy” (the Fed) owns the one and only printing press for U.S. currency. To them money is no object, which is highly inflationary in-and-of itself.

The fiscal response to Covid-19 was forced shutdowns, quarantines, mandates and restrictions, and massive government spending (bribery to purchase the power to suspend rights and freedoms). Together these policies created a perfect storm for inflation – they tightened supply, juiced demand, and injected a ton of newly printed money into an economy they crippled, and a supply chain they choked.

Besides keeping interest rates and yields way too low for way too long, the Federal Reserve’s  monetary response to Covid was to print and inject $6 trillion of new money into a $20 trillion economy in all of ten months last year alone (2021) – or 30% of the entire market economy (GDP) that was growing at just 2% annually.

Talk about economic and monetary imbalance at an inappropriate and irresponsible level.

Yet the collection of economists at the Federal Reserve – you know, the “really smart people”— not only failed to see inflation coming but are “surprised” by its severity and longevity when it all should have been expected.

How is that possible?

Because the Banking Establishment is as corrupt and misguided about the economy and inflation as the Medical Establishment has been wrong about Covid-19 and surrounding medical protocols.

That’s because politics drives their action and not facts, science, or the good health of economies and individuals. And so they blame anyone and everything but themselves and their failed policies.

It is important to note the Federal Reserve is not a government agency but a private bank, and is run by a bunch of unelected political appointees who operate as if the currency they produce is theirs (the entire establishment’s) and not ours (We the People).

That’s why the Fed is known as “bipartisan” and not non-partisan, which is to say it serves both political Parties over American workers, consumers, and free-markets.

Who owns the Federal Reserve anyway? Everything is owned by somebody, right?

But not the Federal Reserve, or so they say.

The corruption begins there. They are accountable to no one.

Many examples are clear throughout history, but for a recent historical example look to the previous crisis in ’08 when the Federal Reserve printed money to “save” the economy from a system-wide banking failure – a crisis no doubt – but one that was driven by legislative action (the Community Reinvestment Plan) that created hyper-inflation in the housing market with an overly accommodating Federal Reserve who kept money policies cheap and easy for way too long.

And when that balloon burst the Fed was there to “save” a system it did everything to blow up – so they could take control of it. They did so by printing trillions of new money to buy power and influence via industry bailout via a newly created tool called, quantitative easing (QE).

They’re doing the same thing with the healthcare industry.

The Affordable Care Act (a.k.a. ACA, or Obamacare) did absolutely nothing to make healthcare more affordable or assessable but instead paved the way for government to take control of the industry. They began the process by mandating coverages, deductibles, penalties, minimum plans, and outlawing “Cadillac” plans, all of which greatly increased premiums and costs to individuals (inflation). Also in the ACA text were bailout provisions should crisis present itself (something they learned how to do during the ’08 banking crisis).

Using the ACA as legal standing and Covid-19 as the ruse, U.S. government asserted control over the healthcare industry by injecting trillions of freshly printed QE money with certain strings attached – to force individuals into complying with every nonsensical government mandate, and to withhold care unless compliant even if guidelines run contrary to fact and science, good health and good judgement, and/or common sense and personal choice.

To force or extort anyone into compliance with an experimental drug mandate whose efficacy is suspect at best is anti-American and corrupt. Plain and simple.

Who paid for all these “free” vaccines?

Government, as appropriated by Congress and signed by the President.

Where did they get the money?

They borrowed it by issuing U.S. Treasury bonds at rock bottom interest rates, thanks to a Federal Reserve who sets interest rate policy. The bonds, of course, cover central government deficits incurred from their Covid policies.

And who is the largest buyer of U.S. Treasury bonds through this whole Covid crisis?

Where’d they get the money?

They printed it. And are taxing the American people 7% to do it (inflation).

Inflation is an unlegislated tax levied by an unelected body of private bankers who have hijacked control of the American dollar to finance a leveraged buyout of the American system, market-segment by market-segment, at the direction of Congress, and at the expense of We the People. First it was academia, then housing and banking, now healthcare, and tomorrow energy.

America survived many highly contagious viruses before, as recently as Ebola and the Swine Flu (coronavirus strain H1N1) under Obama, and Covid-19 predecessor SARS with G.W. Bush. Those viruses were different but equally severe – but had no significant effect on individual rights, the economy, government spending, or the labor market. Why?

Because government did nothing to disrupt them, unlike their Draconian response to Covid-19.

Covid-19 didn’t shutdown the economy and dramatically alter supply chains and the monetary base – U.S. central governance did. To blame anything, or anyone, else (including Russia) is both cowardly and fraudulent.

Americans must demand an end to multi-trillion-dollar fiscal deficits and terminate the use of QE.—Demand an end to all crisis-related measures and emphatically say no to government cryptocurrencies. (Can’t imagine the hell that would come from that.)

Repeal the Affordable Care Act and take politics out of healthcare.

Put the Federal Reserve chairperson up for election by American voters, who shall be restrained by term limits and held responsible for the job they do as measured by inflation.

Congressional term limits must be enacted.

So What Does Today’s Condition Mean for Stocks?

Had lunch with a friend last week who asked, “Do you think stocks have bottomed here?”

My response was an emphatic – no.

Higher yields ignited by rising inflation threaten stock prices and market activity, and is forcing both to stare recession in the face.

Appreciate that, for your business and investment portfolio.